I swim as fast as I can towards the tower in the middle of the sea,to prevent the waves from overpowering me.However,I can’t seem to remember how I landed in this situation.As I get closer,I hear the faint sound of bells in the distance.A sound so soothing to the ears that it lulls me to sleep.My eyelids feel heavy with each passing second.I force myself to stay awake so that I don’t drown.Just few more seconds and I’ll be safe…

As soon as I step outside my building I’m greeted by narrow streets with two way traffic.My trip hereafter is not short of a video game scenario where I must complete several tasks to stay alive.

My 1st task of the day involves crossing a double traffic signal without getting run over by a bus,car or a speeding taxi.

2nd task is walking on the pavement which is more like playing the game “Skipping Stones”in Takeshi’s castle.Because of excessive rainwater seeping through the poorly constructed pavement the stones gets dislodged and become wobbly.Thus you have to be very careful which stone you step on.In addition to that shopkeepers decide to add more water by  cleaning their shops and throwing the dirty water on the pavement thereby making it more slippery.

3rd task involves dodging a wave of different people in order to reach the station.On  the way I find people who ride bikes on the pavement like they have a licensed pass to do so.I’m sorry,but would you mind driving on the road where you are supposed to drive?The worst thing is that they pretend as if they are doing something that is completely normal.Jeez!I’ve been walking on the wrong side my entire life.The hawkers put up stalls that occupy what little space is left to walk on the footpath, making it almost impossible to walk.Somehow I manage to reach the station just in time to catch my train.Task completed!

Train ride is pretty good considering I travel opposite the Churchgate crowd.As the train pulls into the Andheri station I am greeted by the sweet aroma given out by the Parle-G factory.

Hereafter starts my next task,that is to reach the office in formals.As soon as I come out of the station I see that the situation is worse than that in my 2nd task.Here the footpath is relatively smaller and completely occupied by small scale vendors.So now I’ve to literally walk on the road, turning back every five minutes to avoid getting killed by a bus,car or flying rickshaw.Yes,you heard it right “A Flying Rickshaw”.Rickshaw drivers who are mistaken that they are driving a Ferrari.On the next turn I have to walk past a public toilet.God help me if it rains.Right before my office I have to cross a tabela(A colloquial term for a barn where buffaloes are reared).The other day I had to dodge a buffalo that had escaped and was confused by the ongoing traffic.A little ahead is a well from which water is used to wash buffaloes and simultaneously in which boys swim. A few more steps and I reach my destination alive.

2 thoughts on “A day in the life of a Mumbaikar”

Let me know what you are thinking! Cancel reply

What keeps me going!

I started writing when I was 16.It all began right after my grandfather passed away.I was close to him and wanted to write a poem as a tribute to him.When I was done writing I showed it to my best friend who said that I write pretty well.She encouraged me to continue writing.As months passed by I started maintaining a small book with all my poems,some of which I've posted here. Hope you enjoy reading as much as I enjoy writing! 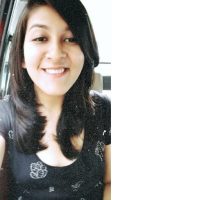 A two player game, not one.

Christward critiques of Christianity and Culture

If u choose wisely, words are enough to express any emotion

Teach Me How to College

A place for college tips, advice, opinions, and more

"No beauty shines brighter than a good heart"

Chasing light, with a cupcake in hand

Because Happ'y'ness depends on 'Y'ou ! Let's decode the little things that bring happiness amidst this life full of care :)