I’m trying out something new here.Hope you guys like it 🙂

I tremble as you hold me
Your eyes gazing into mine.
You pull me closer,
my whole being mesmerized
as you cast your spell.

With your arms wrapped around me,
Your endless kisses land softly on my neck.
You push back a strand of my hair
and gently lean in for a kiss.

I push you away playfully,
Teasing you as I run around.
You think you can catch me,
So you give in.

Now we are running around
like little kids playing catch.
At one point you almost catch me
But I guess I’m just better at this.

When we catch up,
I can feel your heart racing.
Emotions capsize
and your strong arms contain me.

This wasn’t a whirlwind romance.
You were different.
In your soothing words
In your gentle touch,
I’d found comfort
to finally piece my broken heart.

Intimacy is redefined,
All I wanna do is make you mine.
With you by my side,
I know I can always kiss sadness goodbye.

Pretty much sums my three years of college. 😛

As an NRI who has lived for quite a long time in an ARAB country, the shift back home really tossed my senses. There’s quite a lot of things we are not accustomed to, but I have listed just a few here:

1) Liquid Curd
When we are served curd for the first time, the predictable question is “Why is it flowing?”. Let me tell you, we have only eaten SET curd irrespective of the seasons and we didn’t  pay a mini fortune for it.

2) Gaping People
People come to know we are NRIs and we are suddenly the subject of sly stares. And ridiculous questions like “Do you understand Hindi? Are you Indian?” are constantly asked. Making it clear here once and for all : NRI stands for Non Residential INDIAN. Get it? I swear, we look and talk the same.

3) The Streets
Have you realized that walking on…

This post serves as rules guys should keep in mind before they approach a girl.
Now you don’t want to be labelled as a Creep and appear on her blocked list.

Who is a creep?
A creep is someone who makes you uncomfortable with his or her words or actions. 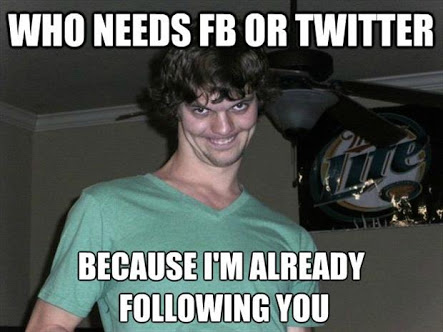 Rule#1: Guys who use words like “dear”,”baby”,”swty”(supposedly sweetie) in a first time conversation are most likely to get blocked. These words are meant to be used when there exists a level of intimacy between people. 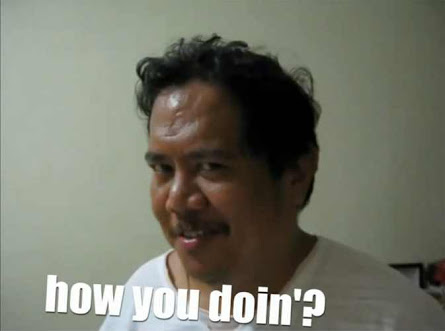 Guys need to understand that most girls don’t add guys they don’t know at all. It’s not our fault.
Right from when we are little we are taught not to talk to strangers. Also with the rate at which cyber crimes against women are being committed, Can you blame us if we block you?

Rule#2
Do not ask her for any kind of pictures when you have just started talking. That makes you look desperate.If you are genuinely interested in getting to know someone, that’s definitely not the way to go about it.

Rule#3
Most of the creeps out there have a “Never Give up Attitude”. It doesn’t matter if you haven’t replied back to any of their texts, they still have hope that you will one day. 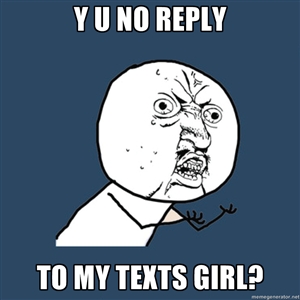 Get the hint.If she hasn’t replied to your 100 messages, chances are she isn’t interested in talking to you.
Do yourself a favour and make better use of that time.

Rule#4
When a girl says no, please respect it and avoid becoming a crazy stalker.

Rule#5
Do not ask her to marry you in the first conversation unless you’re on shaadi.com

You need to get to know a person really well before you decide to spend your life with them. I’m sure she can’t make up her mind with just one text.

P.S:The last Rule mentioned was broken by some random guy when he asked my friend over facebook if he could marry her.They didn’t even have mutual friends.

Also,let me know if I missed any pointers. 😀

Exams bring out the best in me. My mind is brimming with ideas.
Hope all of you are doing good. I promise I’ll be back as soon as I’m done with my exams. 😥 I miss you guys.

What keeps me going!

I started writing when I was 16.It all began right after my grandfather passed away.I was close to him and wanted to write a poem as a tribute to him.When I was done writing I showed it to my best friend who said that I write pretty well.She encouraged me to continue writing.As months passed by I started maintaining a small book with all my poems,some of which I've posted here. Hope you enjoy reading as much as I enjoy writing!

A two player game, not one.

Christward critiques of Christianity and Culture

If u choose wisely, words are enough to express any emotion

Teach Me How to College

A place for college tips, advice, opinions, and more

"No beauty shines brighter than a good heart"

Chasing light, with a cupcake in hand

Because Happ'y'ness depends on 'Y'ou ! Let's decode the little things that bring happiness amidst this life full of care :)